“I see a city that’s losing its texture, its character, its grit. Yes, New york City is still the greatest city in the world. But it is no longer the most exciting and surely, it now ranks as the most heartbreaking.” - Maggie Wrigley One cannot visit and experience New York City without contributing to its cultural cleansing and commercial homogenization. With the continuing crawl of Disneyfication, its gritty veneer, urban edge, and creative soul have diminished. This body of work engages with the notion expressed daily by the city’s natives and the creative community - longing for the neighborhood character and color, crime, squatting, and summertime blackouts of yesteryear while waxing poetic about the plethora of Mom and Pop shops, bars, clubs, and restaurants disappearing before their eyes. On the one hand, we may take comfort in the new found safety of the streets, but the energy that came from staking a claim in the toughest city in the world is waning. There are certainly those who would argue this shift as progress. But for many others, with every I Love New York t-shirt sold, a little bit more of the city’s core disappears.

This body of work explores the temporal nature of our sense of place through the use and connotations associated with smoke. The visual history of places that no longer exist, or are no longer accessible, or have changed beyond recognition ebb and flow between clarity, dissipation, and void. Figures and structures are ghosts while the compositions themselves disappear into white or vanish with a poof. Imagery bounces back and forth between the real and the abstract, a parallel to the in-between all New Yorkers traverse via public transit as they witness their city in flux, not yet gone, but going. 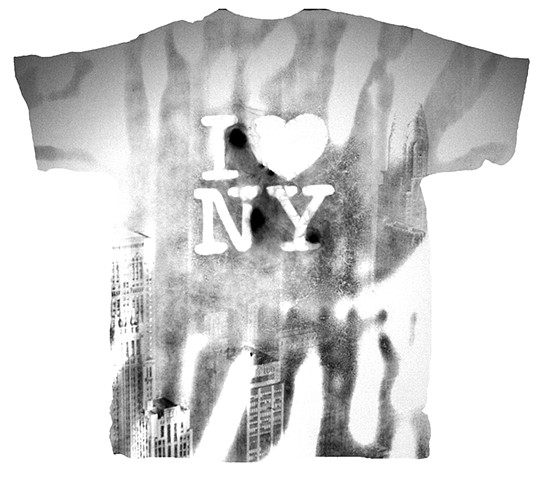 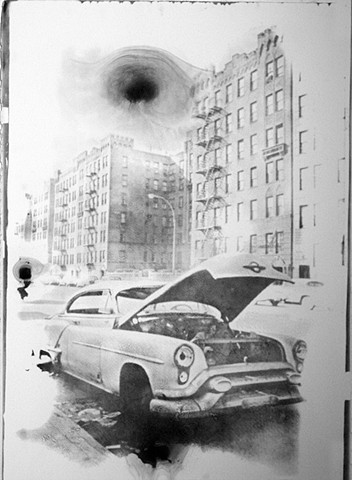 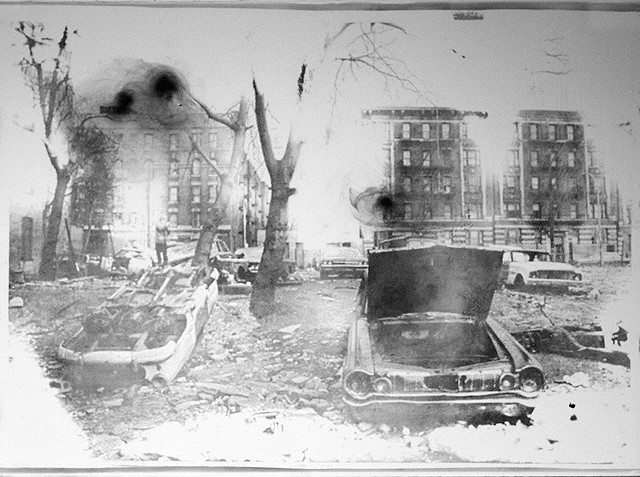 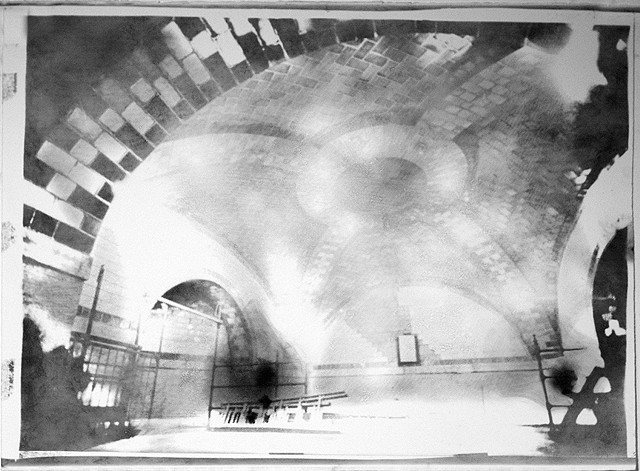 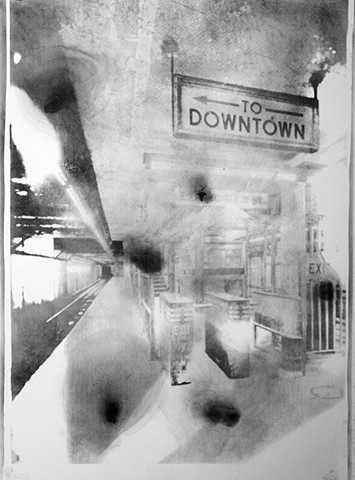 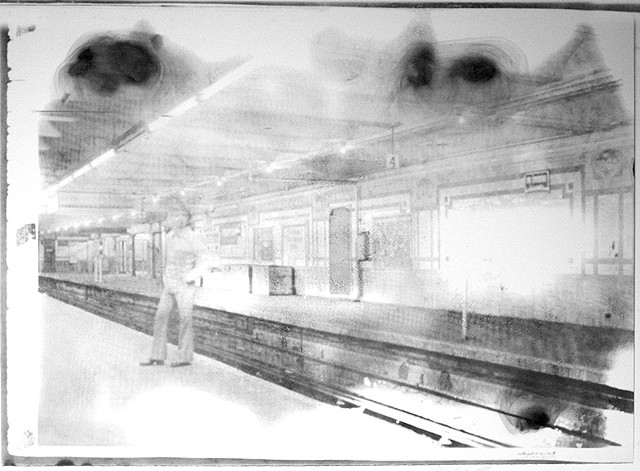 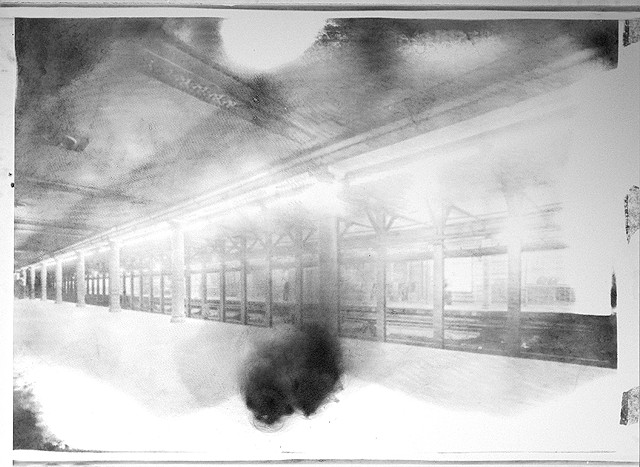 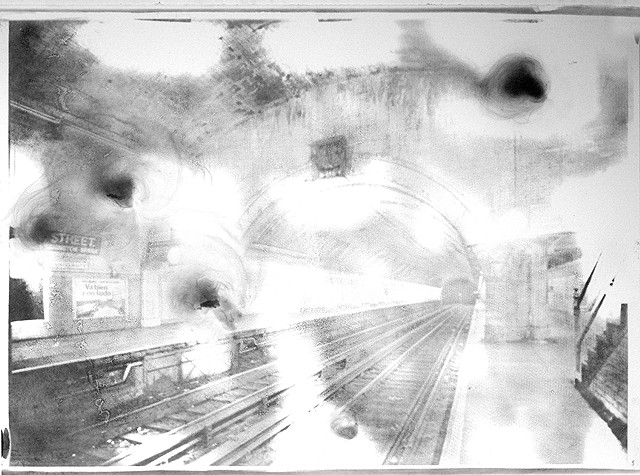 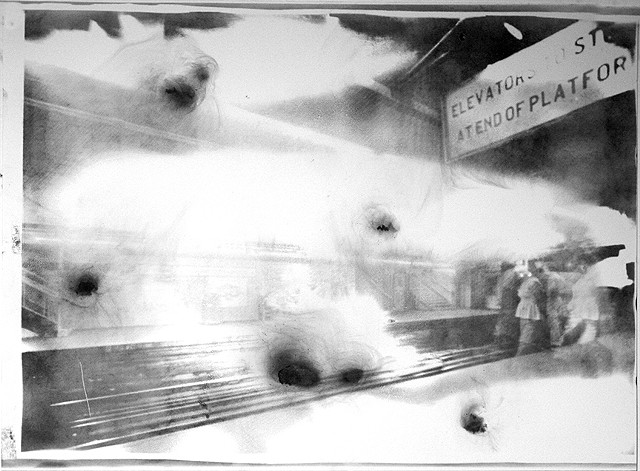 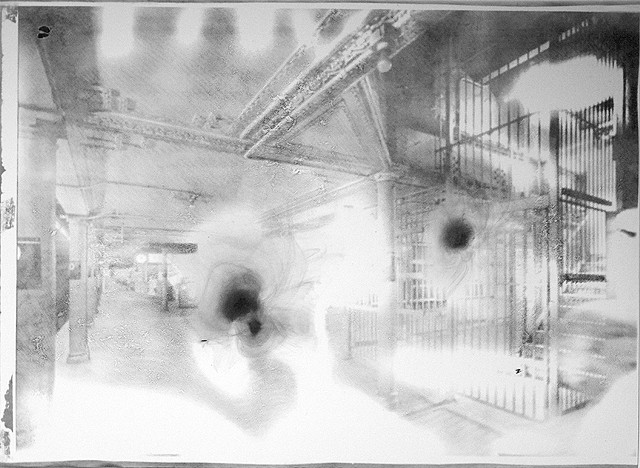 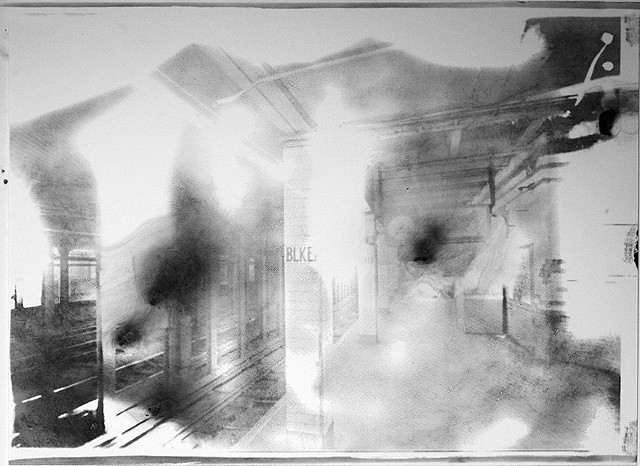 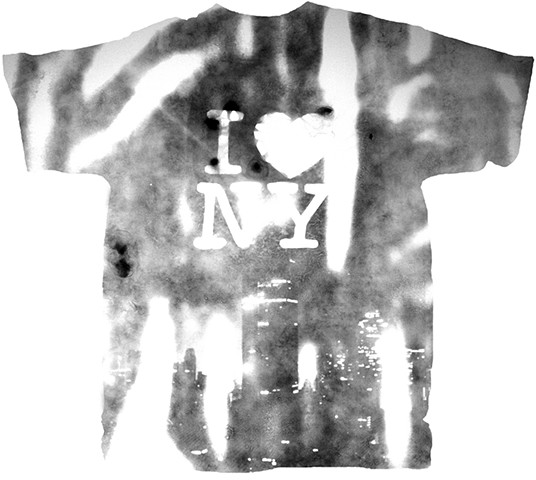