In the Diagnostics series, popular misconceptions about the Rorschach Inkblot test collide with the act of viewing and interpreting art. Diagnostics present, suggest, and reference the ink blot test imagery while engaging in processes that alternate intent and accident with the recreation and preservation of the ephemeral.

The resulting ink images are recreated using smoke captured on paper. The smoke is controlled and intentionally manipulated while still allowing and encouraging its feral nature to create random markings. Smoke suggests a clouding of thought or presence of a trick, which compounds the perception and interpretation of the suggested imagery. 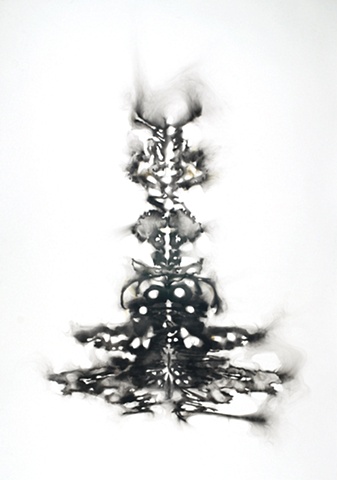 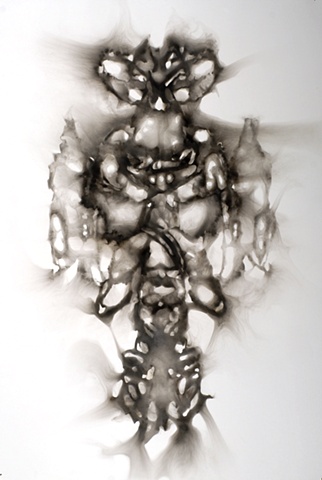 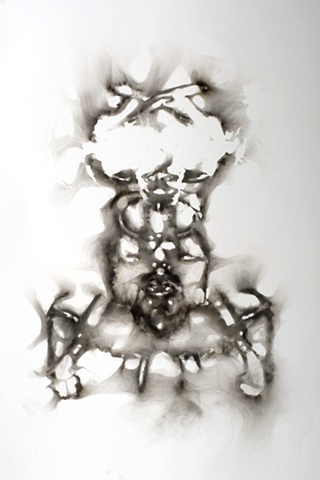 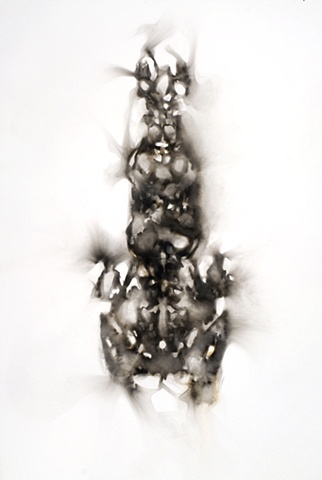 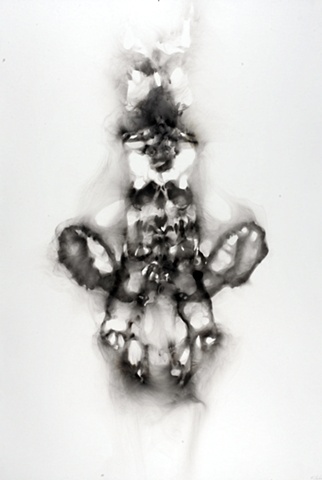 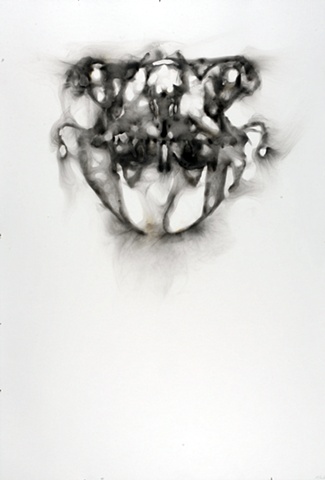 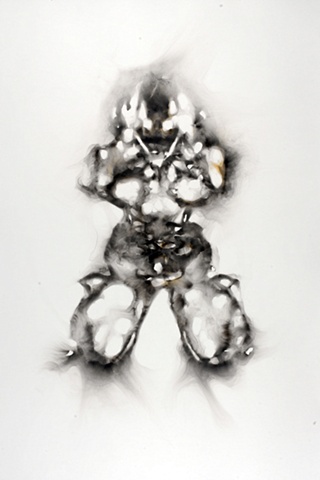 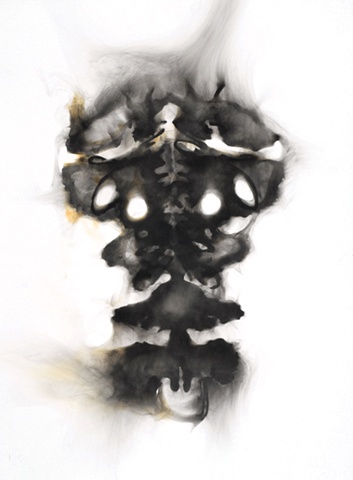 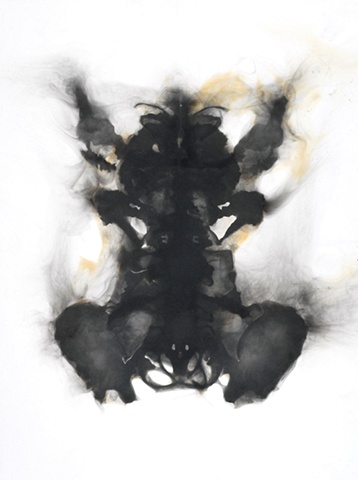